Train service is available to New York, Chicago and many other cities in the United States.  Via Rail operates passenger rail service from Montreal to both Vancouver and Halifax.

For information about rail service, please visit the Via Rail website. 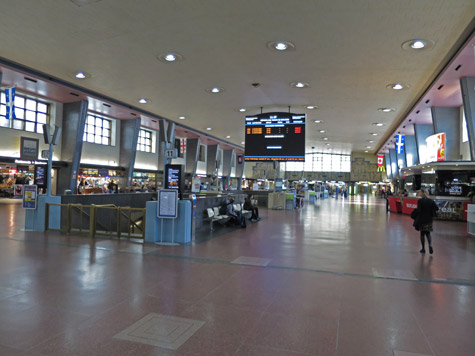 Central Station (Gare Centrale) is the main train station station in the city of Montreal for non-commuter service. It originally opened in 1943 and is located in the heart of the city at 895 De La Gauchetiere Street.

Montreal's other main train station is the Windsor station.  It is only used for commuter train service.