The Place Ville Marie is Montreal's emblematic skyscraper.  Completed in 1962, this city landmark features a rooftop restaurant and observation deck.

The shape of the building was designed to resemble the Jacques Cartier cross that was erected atop Mount Royal.  It represented France's claim of the island. 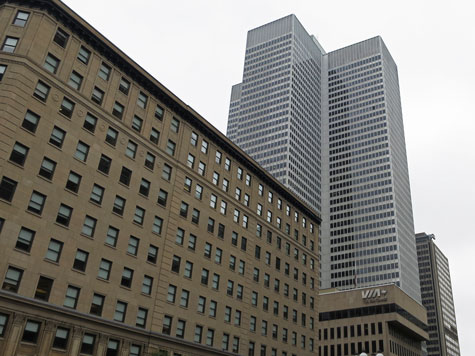 The shopping mall that was built beneath the building became the start of what today is called the "Underground City".  The Underground City is a 32 km network of shops, restaurants and other attractions.

The Place Ville Marie is located at the corner of McGill College Avenue and Cathcart Street.  Montreal's Central Station is located adjacent to the skyscraper.